Motive designed and executed Mel Gibson’s grass-roots marketing campaign for The Passion of the Christ, one of the most successful movie campaigns ever.

Motive is a marketing and content creation company focused on serving niche audiences, particularly the faith and family community.

For our work on The Passion of the Christ, Motive was named a Top 50 Marketer of the year by Ad Age magazine, who called the campaign “a textbook study in both high-profile and below-the-radar marketing” Motive has subsequently managed major grass roots marketing campaigns for movies like Bob Zemeckis’ The Polar Express, Disney’s The Chronicles of Narnia, Stallone’s Rocky Balboa, Sony’s Heaven is for Real, Lionsgate’s The Shack, Clint Eastwood’s 1517 to Paris, and many others.

We also ran the grass roots marketing for the record-breaking miniseries The Bible and the hit feature film Son of God. Recent projects include Warner Bros’ Just Mercy starring Jamie Foxx, Michael B Jordan and Brie Larson, and we’re currently in development to produce and market the “Transcendents” TV series, and a slate of other feature films. Movies we’ve helped market have gone on to generate over $2.5 billion in international box office, and we’ve worked on six of the top 10 highest grossing faith-based movies. We’ve also marketed music, websites, and three books that have become #1 bestsellers.

Motive’s strategies are based on a system of highly effective marketing “formulas” that connect with consumers at a deeper, cause-based level. Our goal is “To Serve, Not Sell”. 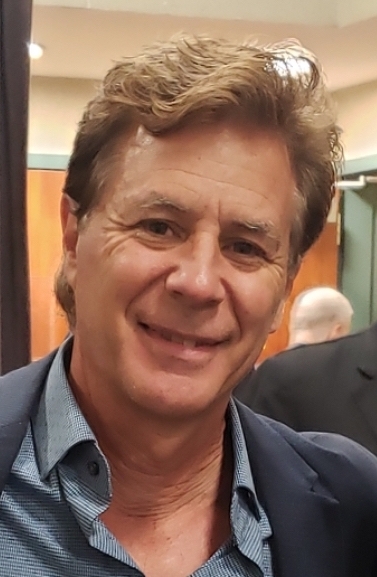 As founder and CEO of Motive Entertainment, Paul has managed the record-breaking grassroots marketing campaigns for Passion, Narnia, Son of God and others, which collectively generated over $2.4 billion in global revenues. Paul is frequently tapped to reach and mobilize huge “niche” audiences. Before founding Motive, he launched the successful YOU! Magazine for teens, co-wrote books, hosted radio and TV shows, produced the World Youth Day Music Festival for over 100,000 young people (Denver, 1993), produced documentary television, and worked with numerous celebrities and sports stars. Paul has appeared on CNN, Fox, and TBN, and in over 50 newspapers and magazines, including the New York Times, the Los Angeles Times, and the Wall Street Journal.

As the company Icon Productions hired to design and manage the marketing of The Passion, Motive made Hollywood history.

Earning $125 million in its first five days (the highest box office gross ever for a five-day period, starting on a Wednesday), with a relatively small marketing budget, The Passion shattered expectations and earned over $600 million worldwide at the box office, and hundreds of millions more on DVD.

Motive’s strategy for The Passion was based on a unique system of highly effective marketing “formulas” that connect with consumers at a deeper, cause-based level; an approach which we call “motive marketing”.

We have relationships with top-level leaders and orgs. Our goal is to serve them while at the same time serving our clients.

Motive engages targeted consumer groups with a unique method of marketing that connects with them at a deeper, cause-based level.

In addition to reaching the enormous “faith and family” market, Motive has built databases and relationships with leaders and consumers in a variety of other niche markets, including:

There is a pent up demand for faith-based entertainment, as shown by the success of The Bible miniseries, Son of God, and other movies.

Religion is ranked #1 among the Top 16 categories of the total consumer book market revenues, according to CBAonline.com. “We see no cap to the religious category in the general market …Our sales are only limited by our ability to execute.” The America Research Group reports that “the Christian retail industry is currently doing about one-sixth of its potential. That is why the opportunity is so huge.”

One industry executive told the press, “A studio executive seeking to reduce ‘downside risk’ and increase ‘upside possibilities’ could do so just by shifting production dollars out of R-rated movies into G, PG, and PG-13 movies” (Los Angeles Daily News).

The Faith and Family Market is a potential goldmine for companies that can satisfy the demand for products and services with high quality and high moral values.

Our Channels of Influence

We reach tens of millions of consumers through their churches, schools, organizations and affiliations. Some of our targets include:

You know you’ve got something to market. Now let’s Focus, Launch, and Succeed.

We’re Blast-Off Specialists. Launching (or re-launching) a product is like blasting off. It takes drive, focus, willpower, vision, and a great support team. That’s where Motive comes in.

We take your ideas and help launch them into reality. And by outsourcing your “blast off” tasks to us, you save your company money and keep yourself flexible for change. Whatever stage of blast off your company is in, Motive can help you get into orbit.

So you’ve got a great idea, and a great business model. Good start. Now stand in line.

You’re in competition with a thousand other great ideas. You’re but a sentence in a huge block of text. How do you make that sentence stand out in bold red?

We can help. It starts with focus. We focus your product “story” into a simple, direct sales pitch aimed at a clearly defined market. Then we build a marketing plan that proves the model (through real sales revenues) BEFORE it calls for major cash outlays.

As a great fundraiser once said, “There are no money problems – only idea problems.”

The world is full of great products that will never survive because they lack the right ideas – the right business model and go-to-market plan. Getting to market means getting to money. And without that, a business is not a business.

Before you join others in the bankruptcy cemetery, stop and check whether you have a solid business model.

Motive Marketing can help you compile and organize the market research that will offer a convincing business model to investors and lead to a successful sales and marketing campaign.

When the right idea is followed by the right marketing plan aimed at the right target market, sales come a whole lot easier.

But the distance between “Yeah, it’s a nice product” and “Yeah, I’m ready to buy it” is all about closing the deal.

It’s about answering a buyer’s objections, adding value, creating new efficiencies, or helping a company save money by spending wisely. And it’s about knowing what’s working and what’s not.

Partnering is one of the quickest ways to success. Microsoft built its empire by partnering with computer manufacturers. Standing on other companies’ shoulders can put your company above the crowd of competitors.

But partnering is about relationships – that is, a healthy rolodex. Sometimes it’s not what you know, it’s who you know. And with over 20 years of networking, we know some folks here and there.

Business development is finding the right companies with whom to create win-win strategic partnerships that lead to large sales with minimum effort.