Motive designed and executed Icon Productions’
grass-roots marketing campaign for Mel Gibson’s
The Passion of the Christ, one of the most successful
movie campaigns ever.

Motive has gone on to manage major marketing campaigns for the Tom Hanks/Robert Zemeckis film The Polar Express, the blockbuster Disney epic The Chronicles of Narnia: The Lion, the Witch, and the Wardrobe, and the surprise hits Rocky Balboa, Expelled, and others.

In addition, Motive has assisted with the development, financing, marketing and distribution of other film, music, book, web, and video-gaming projects.

Motive’s strategy for success is based on a unique system of highly effective, proprietary methods that connect with consumers at a deeper, cause-based level.

“You knew exactly what was needed to really energize a grass roots campaign to promote the film…through endless screenings, meetings, events and promotional materials… In the midst of trying moments, long hours, and tremendous obstacles, you always kept your cool, remained positive, and focused on the goal line. …All our hard work has truly paid off.” – Mel Gibson 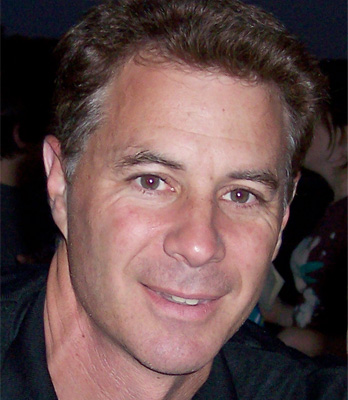 Founder and CEO of Motive Entertainment, designed and executed the record-breaking grassroots marketing campaigns for The Passion of the Christ, The Chronicles of Narnia, Polar Express, and Rocky Balboa, collectively generating over $2 billion in global revenues. One of the most innovative marketing and development executives in Hollywood, frequently tapped to reach and mobilize huge audiences, Paul has been honored as one of Ad Age’s Top 50 Marketers of the Year. Paul also founded the successful YOU! Magazine for teens, and has worked with numerous celebrities and sports stars, hosted radio and TV shows, produced the World Youth Day Music Festival for over 100,000 young people (Denver, 1993), produced documentary television, co-authored four books, and has appeared on CNN, Fox, and TBN, and in over 50 newspapers and magazines, including the New York Times, the Los Angeles Times, and the Wall Street Journal.